A “Wicket” Good Time at CFC 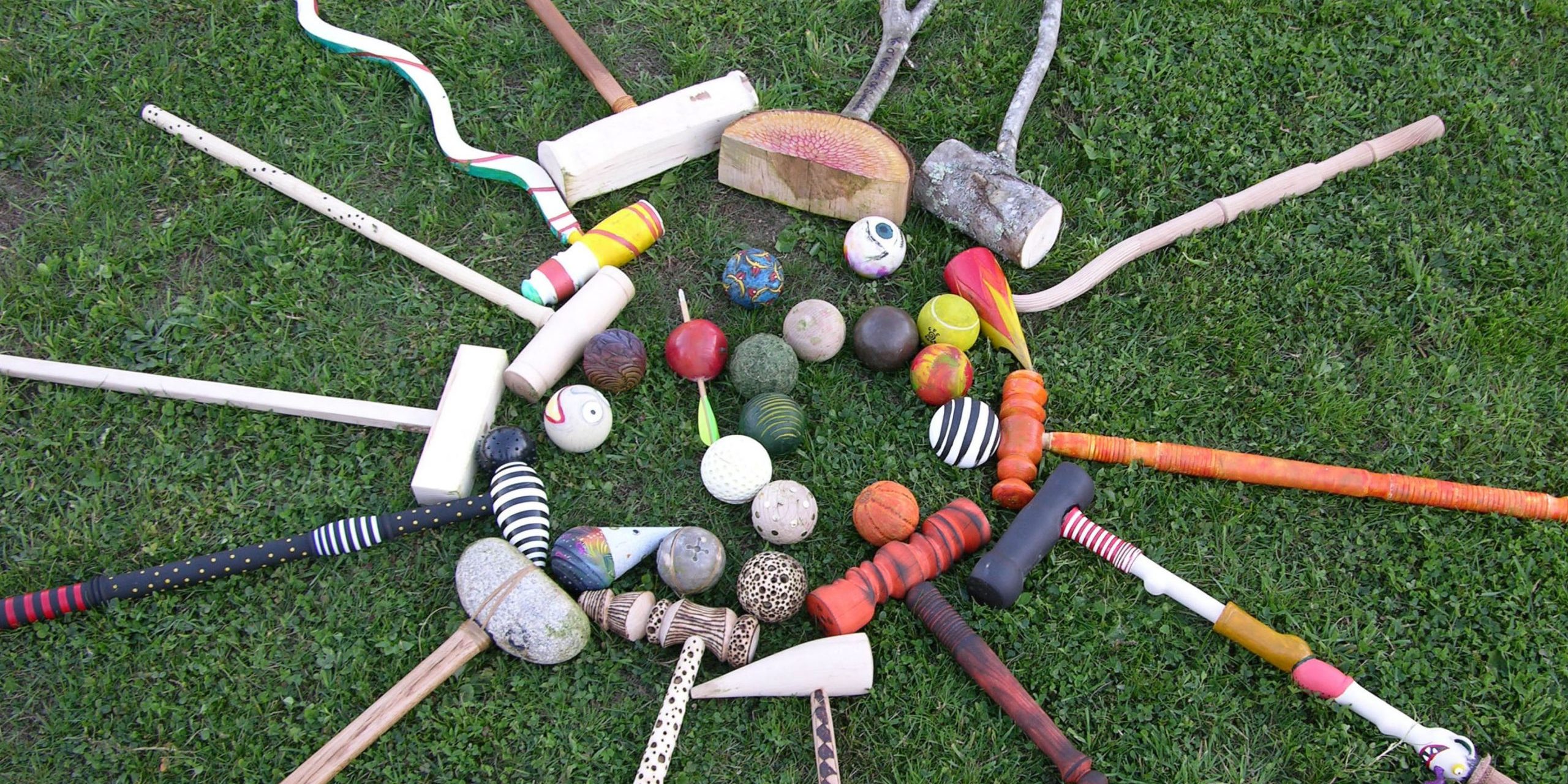 When CFC moved to its current campus in 1996, Founder Peter Korn designed the first building with a lawn that would make a passable croquet pitch. Twenty five years later, croquet has become enshrined as the official school sport.

Every Thursday evening, from the start of the Workshop season in June through mid-September, students, instructors, and staff gather for a potluck and croquet match. The pitch is mown and the wickets set with rigorous craftsmanship, while the game itself is somewhat less disciplined. We play by the United States Croquet Association rulebook, with a few house rules in regard to sending an opponent’s ball.

As people gather for the potluck, Peter and Facilities Director Mark Juliana are usually whipping through their weekly grudge match. Later, as people help themselves to dessert, Mark and Peter switch into the roles of referees and get the game underway for everyone who wants to participate. We generally field six teams of two people each.

One delight of croquet at CFC is the opportunity to get to know each other outside the classroom. You learn a lot about a person when they have a mallet in hand, a ball to strike, and all eyes upon them… and even more when their stroke goes awry. It’s difficult to predict who will be talking trash, who will be gallant, and who will argue with the refs.

Unsurprisingly, croquet has found its way into the curriculum at CFC, too. One of the earliest classes in the turning studio, back in 2005, was “Turning Games Weekend,” hosted by Michael Hosaluk, Jacques Vesery, and Silas Kopf (who gifted the school with its first croquet set in 2000). Instructors joined students in creating mallets with imagination and skill, then played a tournament with their newly minted tools. Unexpectedly (given his previous record on the pitch), Silas Kopf won. Many of those balls and mallets are still on display in CFC’s administrative office, where they frequently catch the eyes of visitors.

Most recently, croquet inspired us to originate a national traveling exhibition, “Out of Bounds: The Art of Croquet,” in our Messler Gallery. It ran here from September 18, 2020 – January 6, 2021 and is now on the road.

Currently, Out of Bounds is on display at the Center for Art in Wood in Philadelphia, where it will remain through October 24, 2021. Subsequently, it will be at the Fuller Craft Museum in Brockton, MA, from June 4 – October 30, 2022.