From Acorn to Oak: The Woodschool Peter Grew 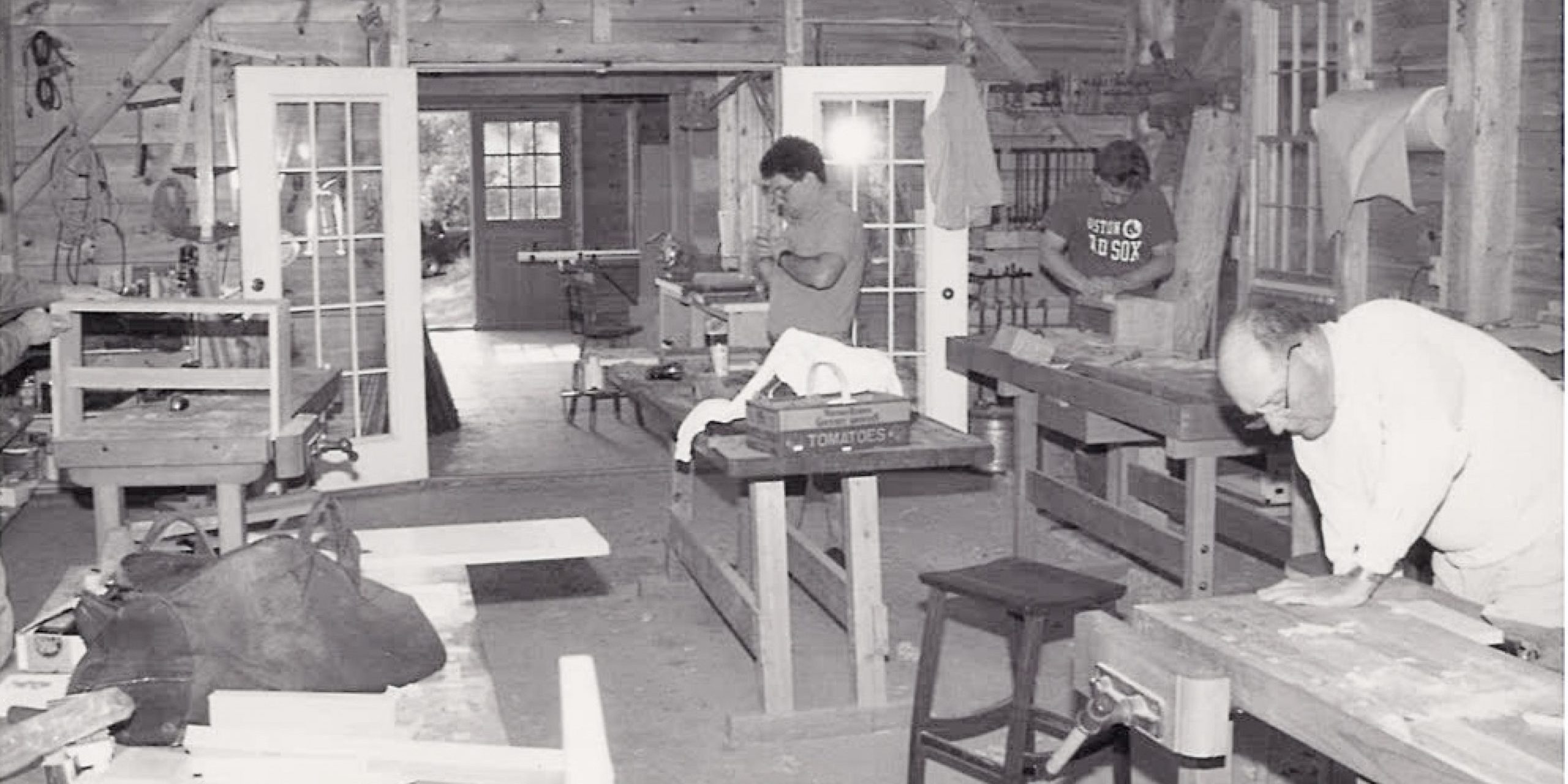 On December 31, 2021, Founding Director Peter Korn retired. We felt it fitting at this time to reflect on the school’s evolution, beginning with the Basic Woodworking classes held in Peter’s barn thirty years ago. Through his commitment to a vision and dedication to craft, today the school brings together world-class instructors and students from around the globe, providing the best education possible for people who want to design and build functional, beautiful, expressive work out of wood to the highest standards of craftsmanship.

The Center for Furniture Craftsmanship first opened its doors in 1993, teaching Basic Woodworking to 6 students at a time. The opening was timed to coincide with the publication of his book, Working with Wood: The Basics of Craftsmanship, which became the textbook (and set the curriculum) for the class. The revised edition, Woodworking Basics, still features significantly in CFC’s Basic Woodworking classes.

In 1994, the school moved to a larger workshop – a former blueberry barn near where the campus stands today. Accomplished woodworker John McAlevey joined the school as a co-instructor. In 1995, Peter started bringing in other renowned woodworkers to teach Workshops in addition to Basic Woodworking, including furniture makers James Krenov, Alan Peters, and Michael Fortune, and marquetarian Silas Kopf.

CFC moved to its current campus on Mill Street in Rockport in 1996, into a purpose-built building. The number of Workshops expanded to 22, and the Center also began offering a Twelve-week Intensive. In 1997, Tim Rousseau, currently the lead instructor for the Center’s Nine-month Comprehensive, began his journey at CFC by taking Basic Woodworking at the new campus.

In 1998, Peter assembled a Board of Directors, and in 1999, the Center for Furniture Craftsmanship officially became a nonprofit organization with Peter as its Executive Director. The first Board president was Craig Satterlee, whose name now graces the building that houses the Nine-month Comprehensive and summer Furniture Intensive.

The Board launched a capital campaign in 2001 to build three new buildings: the Administrative Office/Messler Gallery and Satterlee Buildings in 2003, and the Jackson Building, to house the new Fellowship program, in 2004. 2004 also saw the launch of what would become the Center’s flagship course, the Nine-month Comprehensive (first taught by David Upfill-Brown, then ably followed by Aled Lewis, now led by Tim Rousseau). An endowment campaign in 2007 established the Visiting Artists program. With the opening of the Whittington Woodturning Studio in 2014 (now the Whittington Woodshop), the campus as it stands today was completed.

In 2017, to ensure the longevity of Peter’s vision, the Board undertook the ambitious Education and Impact: Endowing our Future Campaign, raising money to provide sustainable financial support for the Center’s programs for years to come. The impact of his commitment to personal transformation through woodworking will live far beyond buildings and endowments – the little acorn planted in Peter Korn’s backyard has become a mighty oak. We look forward to seeing what the next era of the Woodschool brings, knowing that it is anchored with strong roots.