Woodworking in the Time of COVID 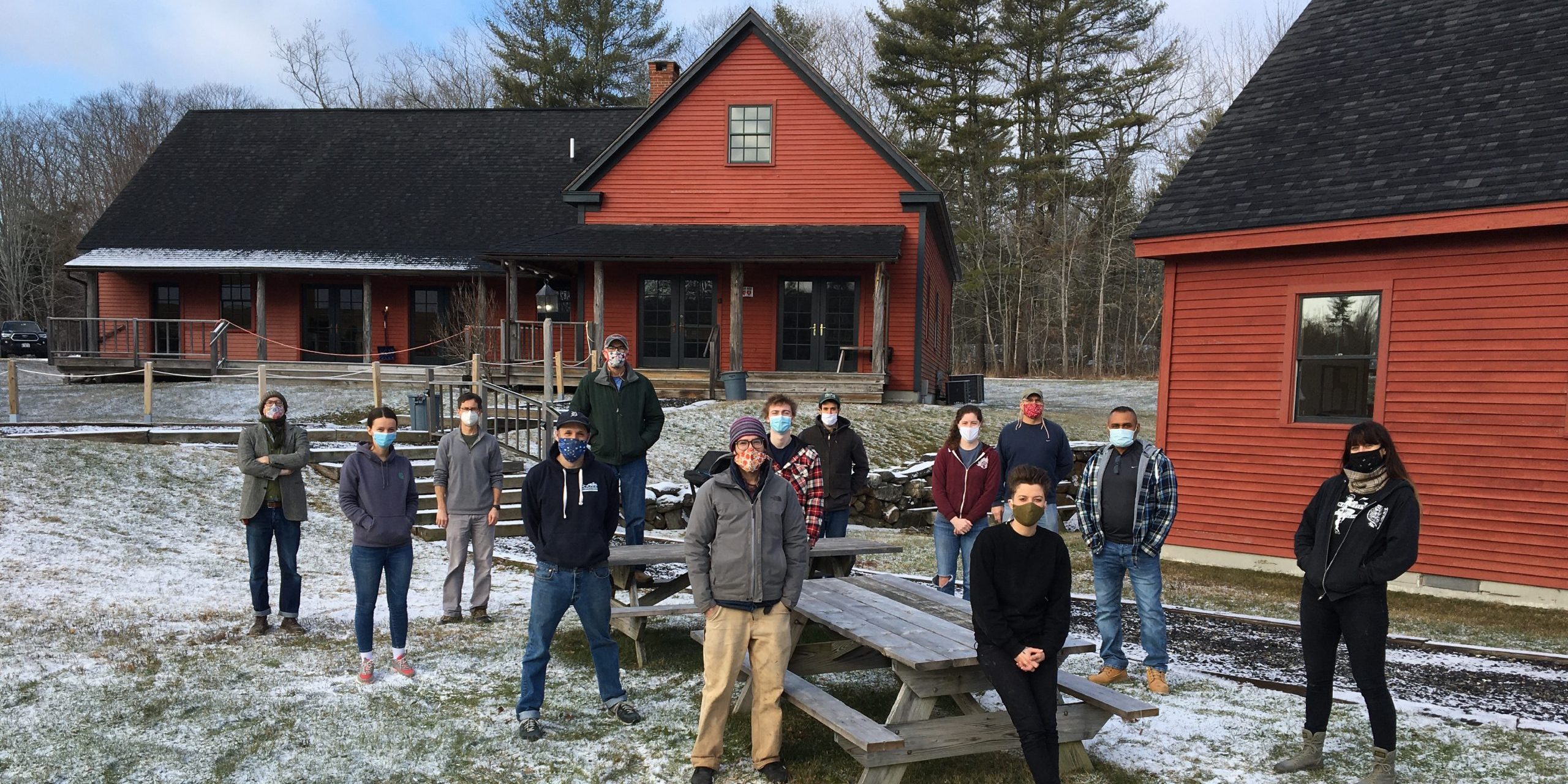 Recently the Center completed its first full class since the school reopened in September:  the fall Furniture Intensive wrapped up on January 22 with its usual celebratory presentation of student work. However, instead of the normal show and tell in which friends, family, and other students on campus admire the various benches, casepieces, and curved components in person, the final celebration was broadcast on Zoom to ensure social distancing. Which raises the question – what was it like to learn woodworking in the era of COVID? 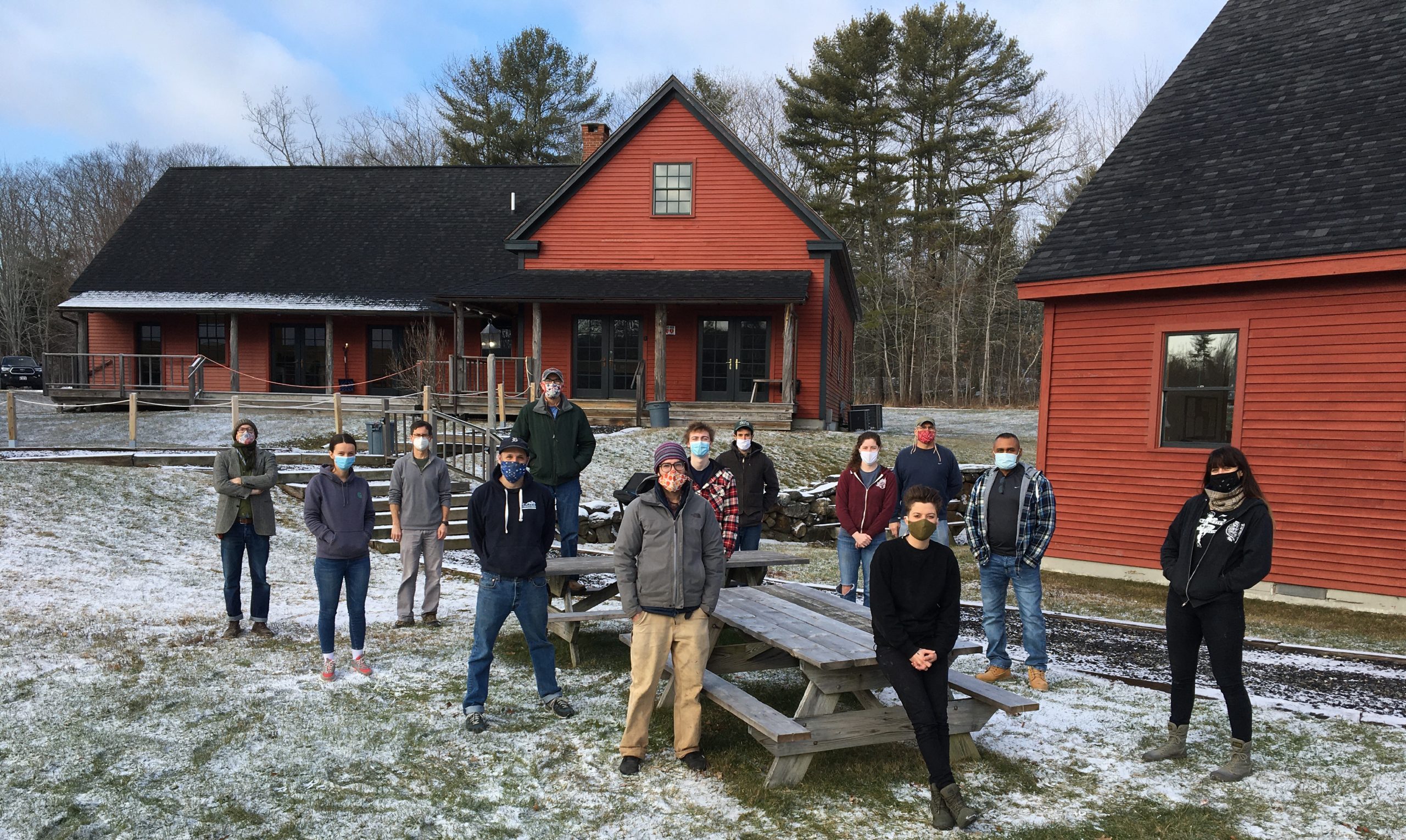 Teaching benches all have large-screen, wall-mounted computer monitors. In order to maintain social distancing while demonstrating techniques that are best viewed up close, the Center utilizes demonstration videos it created last summer while the shops were idle. Instructors can also broadcast their bench or their notes on the whiteboard to the entire workshop. 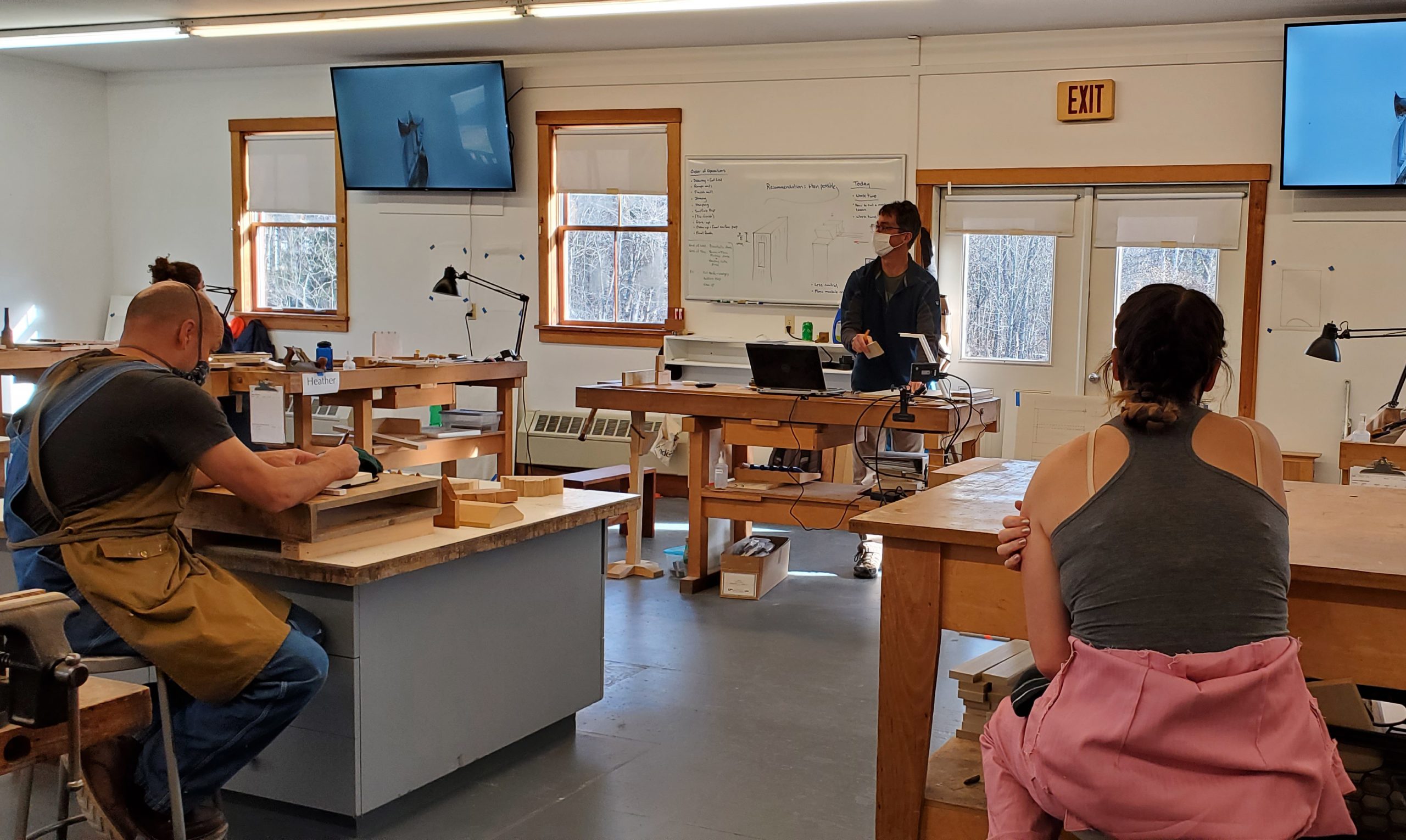 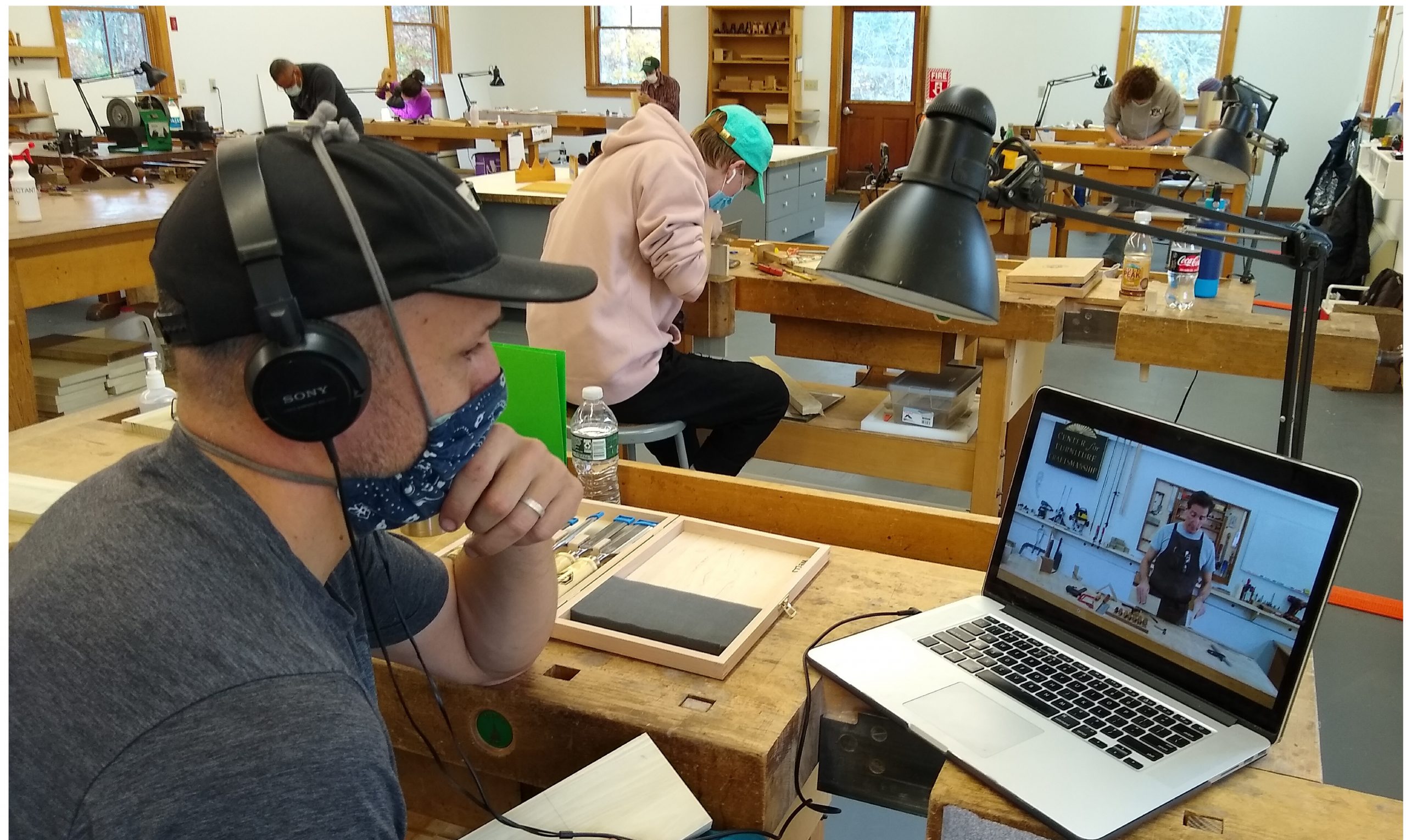 Some of the students were drawn to CFC because of specific life circumstances resulting from the pandemic. Andrew Orne, from Camden, ME, attended CFC as a way to learn something completely out of his comfort zone while he takes a gap year before attending Clarkson University. 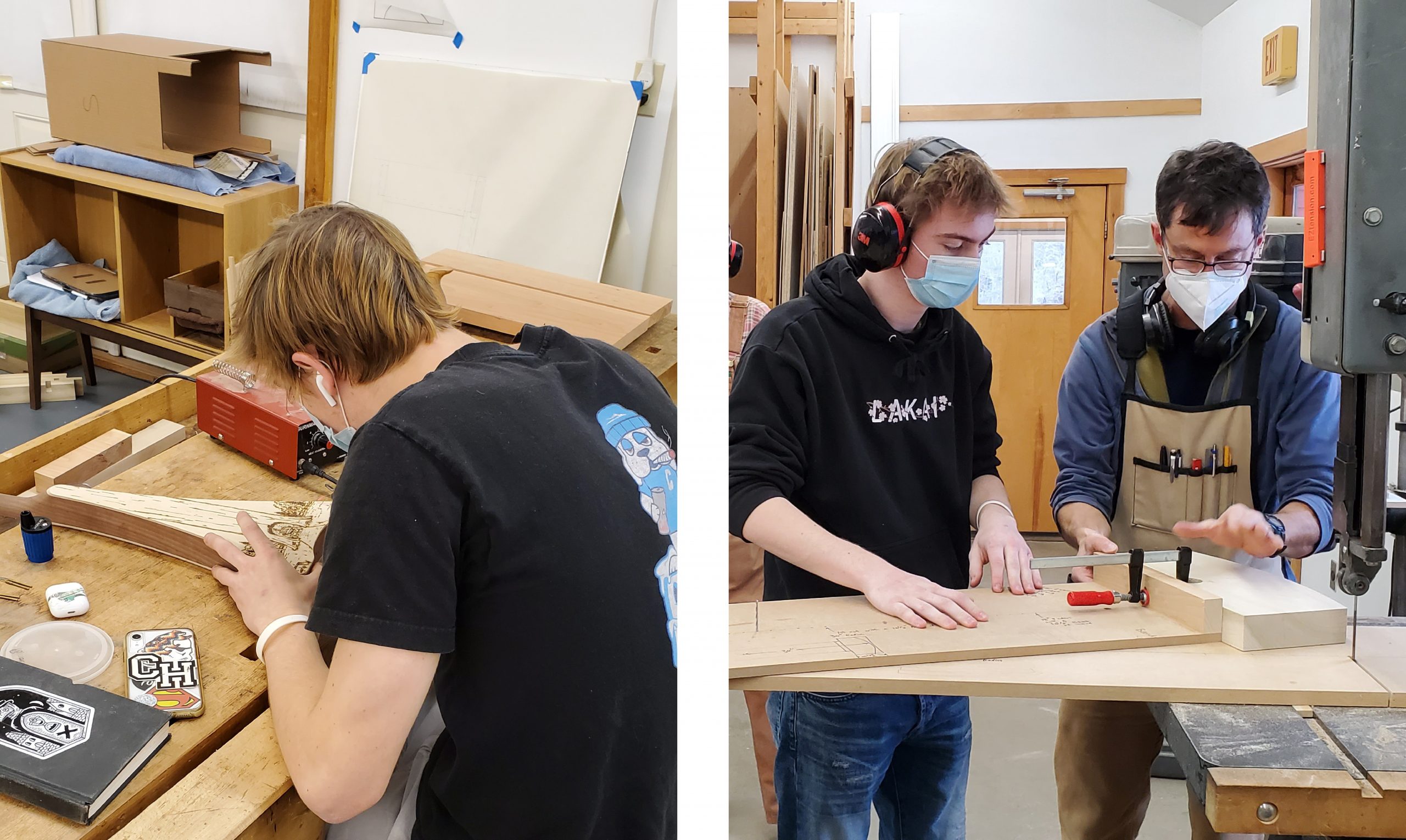 Kat Finck, a Canadian circus worker, was part of the Furniture Intensive that ended early when CFC closed last March. She used her return as an opportunity to reimagine and improve the design of the casepiece she had started then (the original casepiece is behind her, the redesigned piece is on the right). 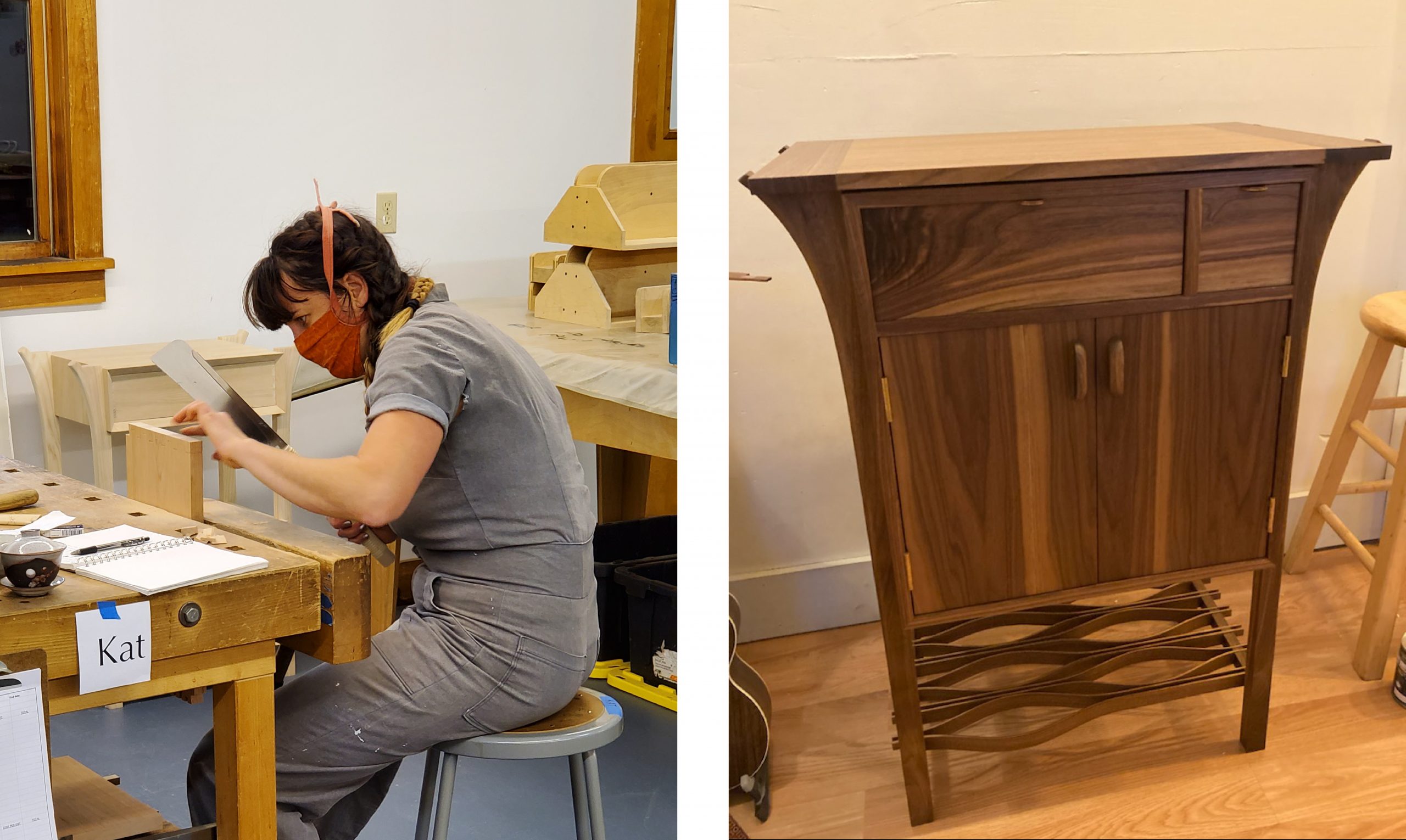 Long time instructor Owain Harris noted that he felt a greater sense of community within the classroom. One of the early concerns of lead instructor Aaron Fedarko was the loss of CFC’s rich tradition of weekly potlucks and classes socializing off campus. Both agreed that while cross-campus relationships have not been possible, students have bonded within the classroom more than ever. 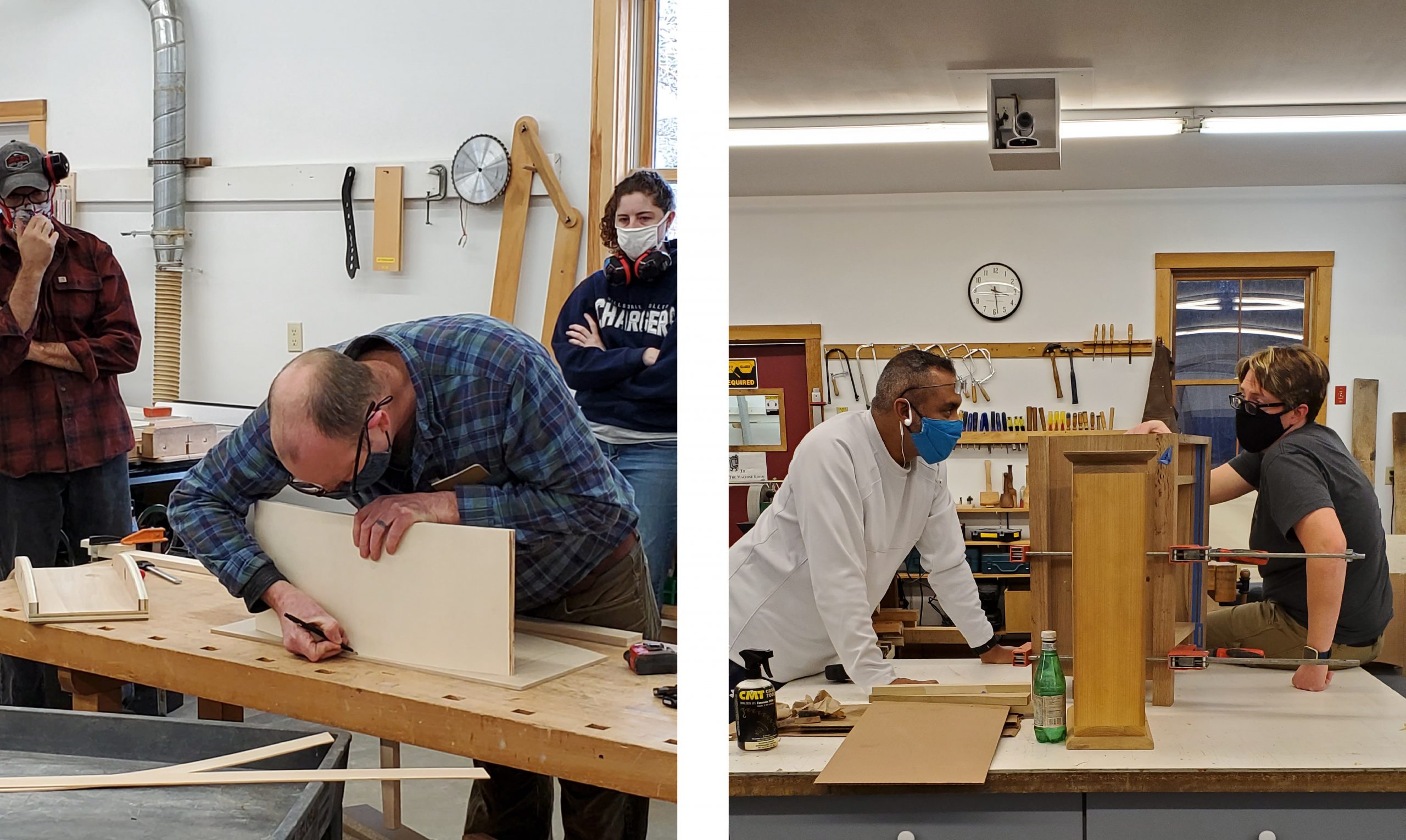 And less socializing might have resulted in more work! During the Zoom final celebration many of the instructors noted that many more pieces were completed in this class than in a typical Furniture Intensive. Andrew Orne and Britt Soler, in particular, got a special shout out for being especially prolific. 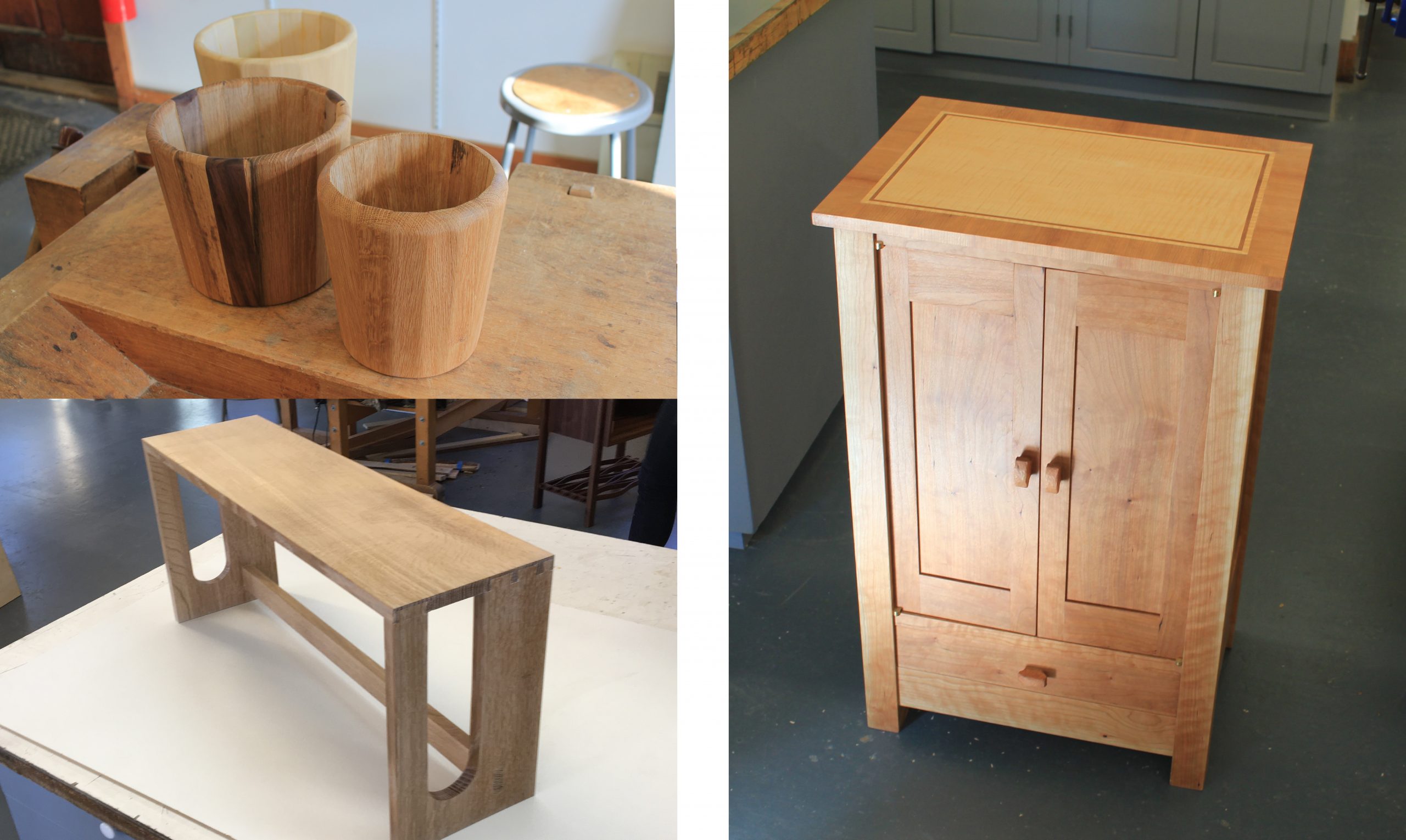 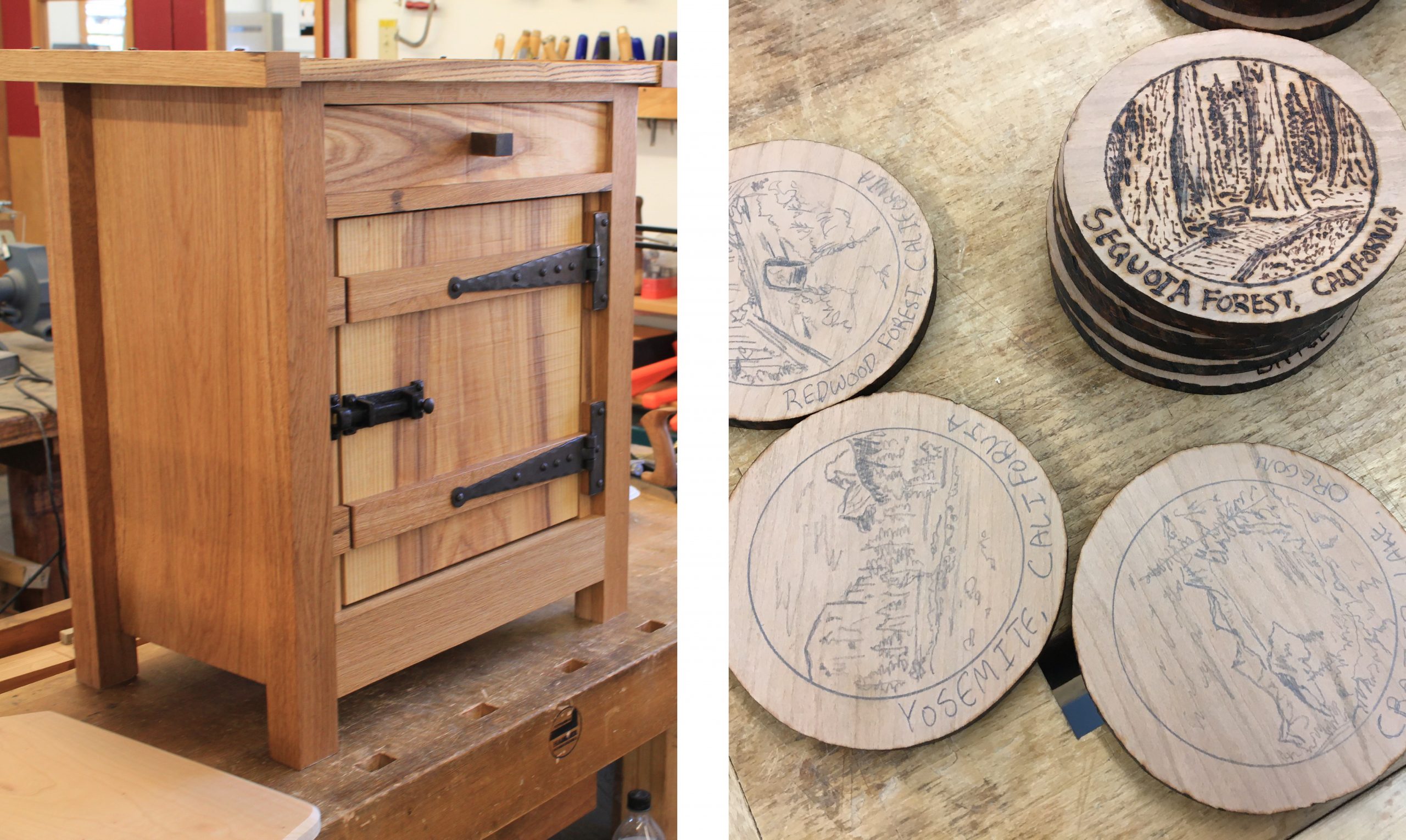