His Design, Their Hands: One Good Chair 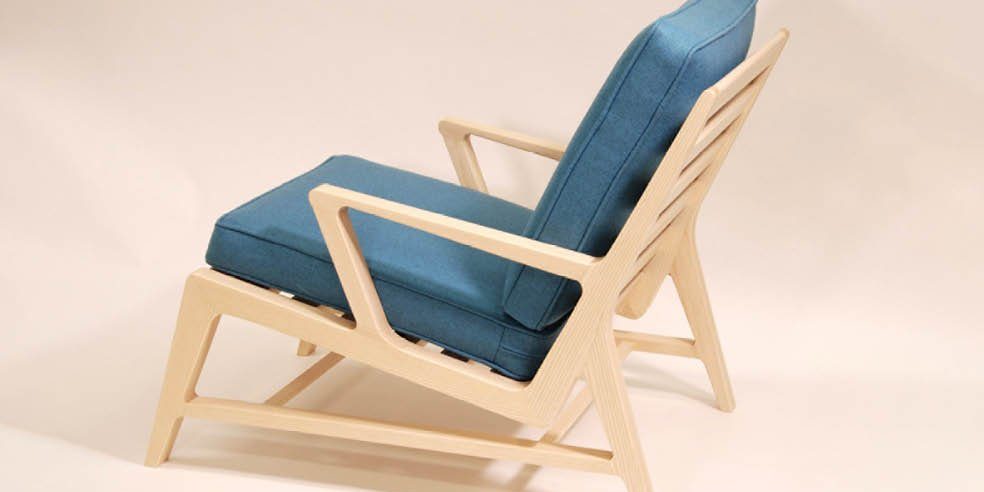 Classes have always sparked some interesting collaborations at the Center for Furniture Craftsmanship. The summer 2018 Furniture Intensive spawned a particularly inspiring one: two students, perfect strangers, destined to collaborate on a chair. Aaron Hoover was an associate professor of mechanical engineering from Massachusetts; Drew Perkins was a retired securities lawyer from Washington, D.C. Despite different backgrounds, they both came to appreciate the transformational experience of exploring design and handcraft at CFC.  In Drew’s words, “I found the Center to be such a unique blend of community and craftsmanship. It was so much more than a school to learn the mechanics of processing wood.”

In fact, Aaron enjoyed working with CFC Furniture Intensive instructors Reed Hansuld and Adrian Ferrazzutti so much, he jumped at the chance to take their Chair Making workshop in 2019, despite a recent cancer diagnosis. He bought some new tools (of course), read Wegner: Just One Good Chair, and he, his wife Robin, and their son, headed to Maine for two weeks of furniture making and other family fun.

Aaron’s objective for the workshop was clear: to design a Danish-influenced chair large enough for his wife to be able to sit in cross-legged. During the class, Aaron was able to create a full-scale side view drawing of the chair, build a prototype out of poplar, and develop the jigs needed to make the chair parts.

Unfortunately, Aaron was not able to finish his project. He passed away in December 2020.  Later in 2021, his wife, Robin, contacted Reed asking if someone might be interested in completing the chair. Reed and Adrian had made a few simple finishing touches on other pieces of Aaron’s, but the chair was a much larger undertaking. Fortunately, after providing some encouragement and promising remote assistance, Reed enlisted Drew, who had never made a chair before, to tackle the project. Reed and Drew met at a Panera Bread in NJ, spread the drawings out on a table, and spent an hour or two talking about joinery and other strategies.

With occasional video calls and sharing of photos with Reed, Drew completed the chair. He had to make some design decisions that the drawing did not provide answers to: Did Aaron intend for the back to be tapered? How would the pieces be shaped? How would the cushions be supported? Should a stretcher be added? Throughout, Drew honored the Danish influence and straight lines in Aaron’s drawing. Drew even had his wife sit in it cross-legged to test it out. He consulted Robin on the upholstery, and she picked out Aaron’s favorite shade of blue, a color he often wore.

And it is one good chair – in design, in function, and as a beautiful memento. When it was finished, the delivery person loved the chair so much he wanted to commission Drew to make one. But for now the chair is one of a kind, right where Aaron intended it to be, at home with his wife Robin. It’s a tribute to an unintended collaboration – one that sprang out of a blend of community and craftsmanship in a class at CFC.