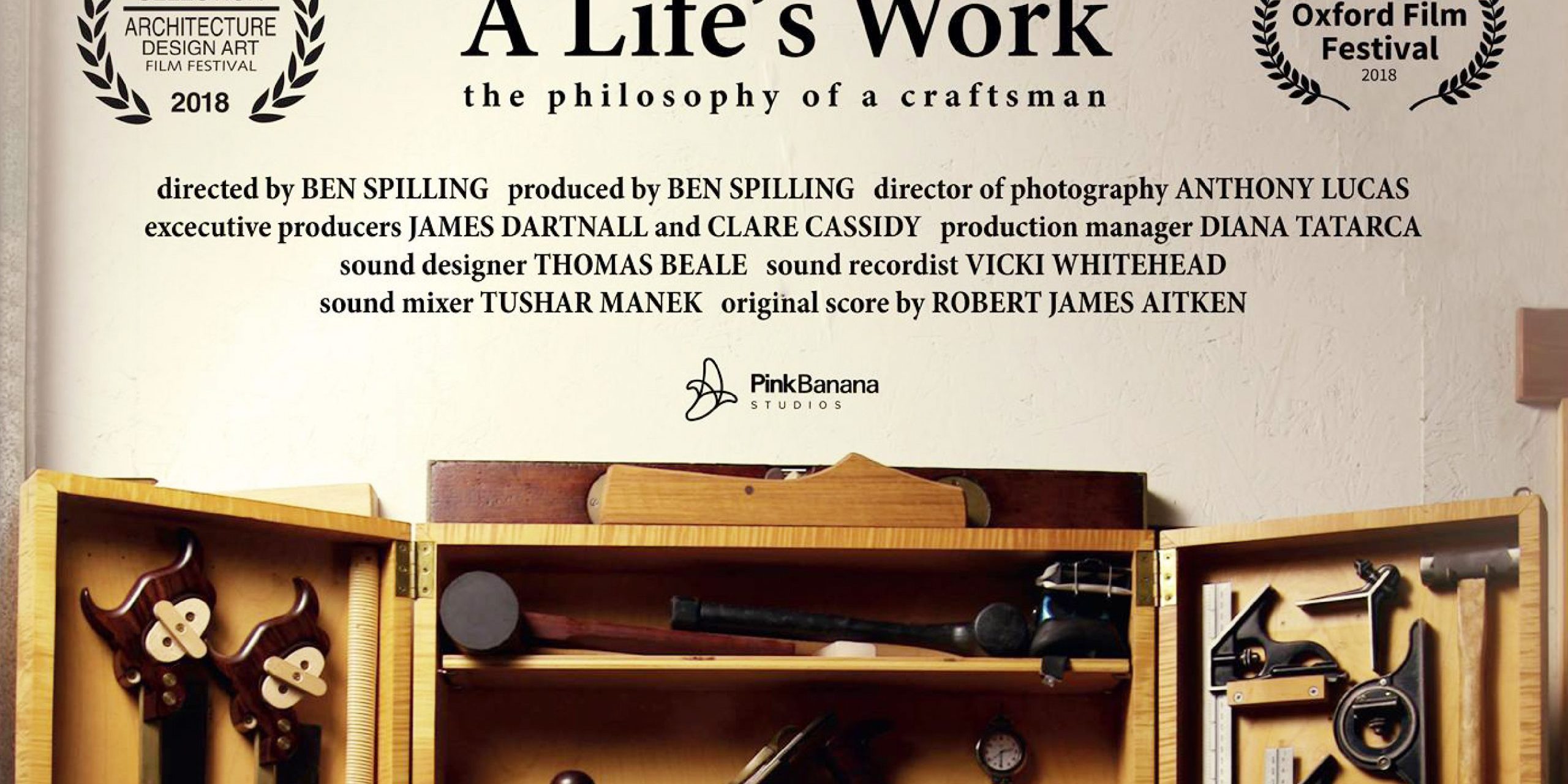 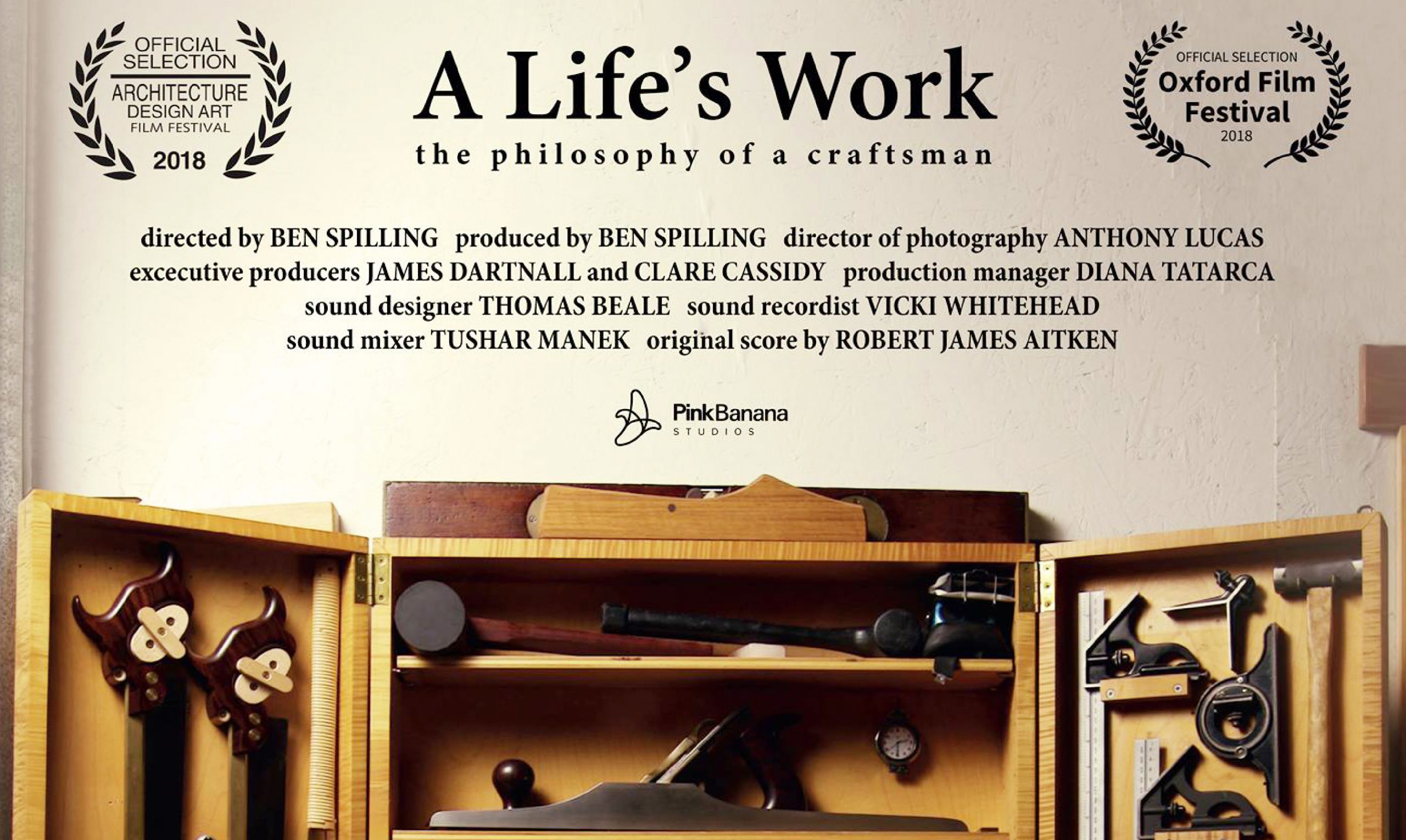 Earlier this month we publicly released the documentary short, A Life’s Work: The Philosophy of a Craftsman by British filmmaker Ben Spilling. The 17-minute film features CFC’s founder and Executive Director Peter Korn, along with commentary from CFC instructors Tom Caspar, Aaron Fedarko, Beth Ireland, Tim Rousseau, and Craig Satterlee, as well as from gallerist Bebe Johnson and manufacturer Thomas Moser. Recently we had a chance to chat with Spilling about his interest in craft and how he came to make this, his third documentary on craft. 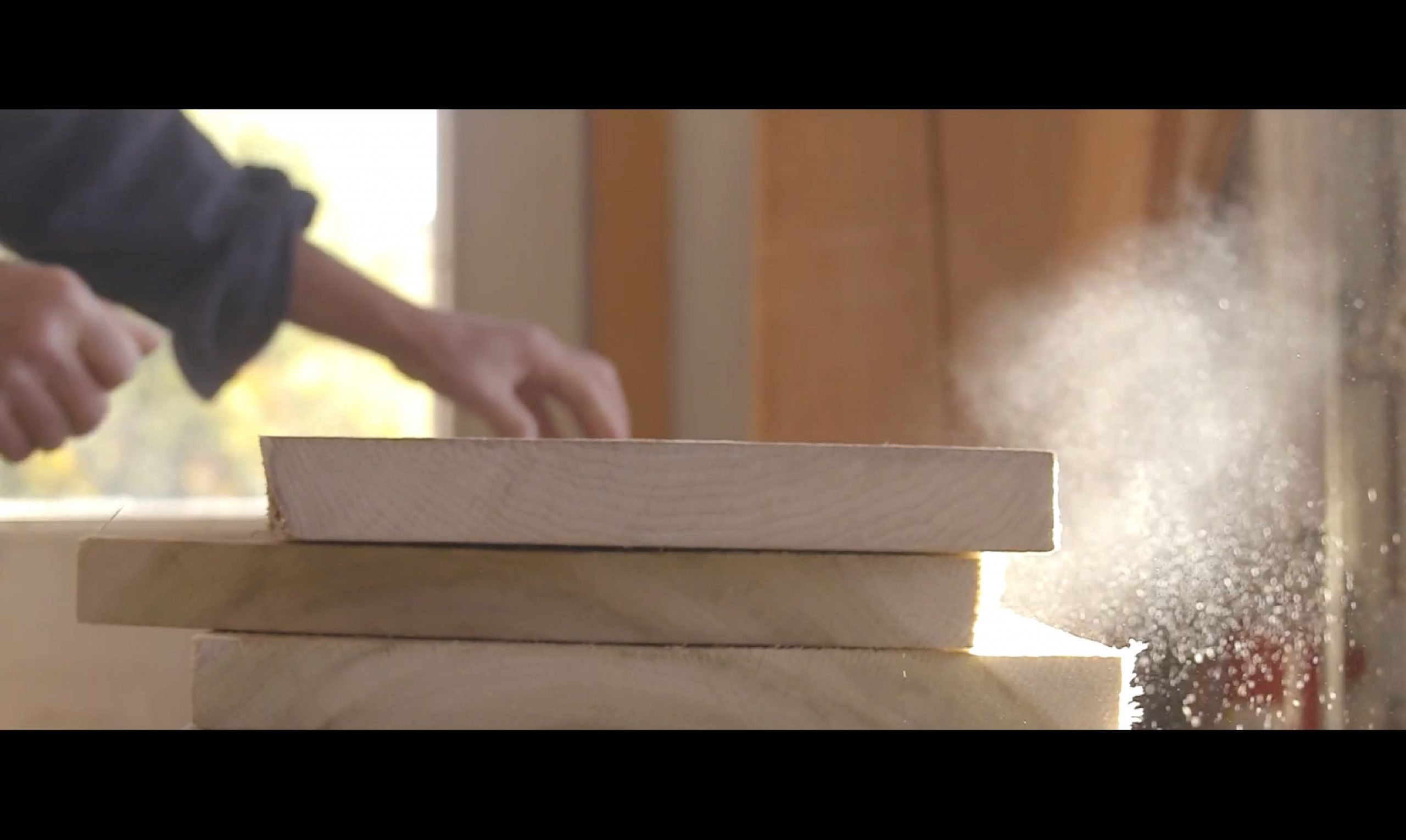 How did your relationship with craft begin?

Initially I had a fascination with craft due to my grandfather. He was a carpenter, and when I was young and he was looking after me I would spend a lot of time in his garage, which was where he worked. Later, when I started directing films, I was looking for documentary subject matter and a friend of mine said “my mom and dad bind books for a living and have been doing that for the 30 past years” – and that’s where the films were born. 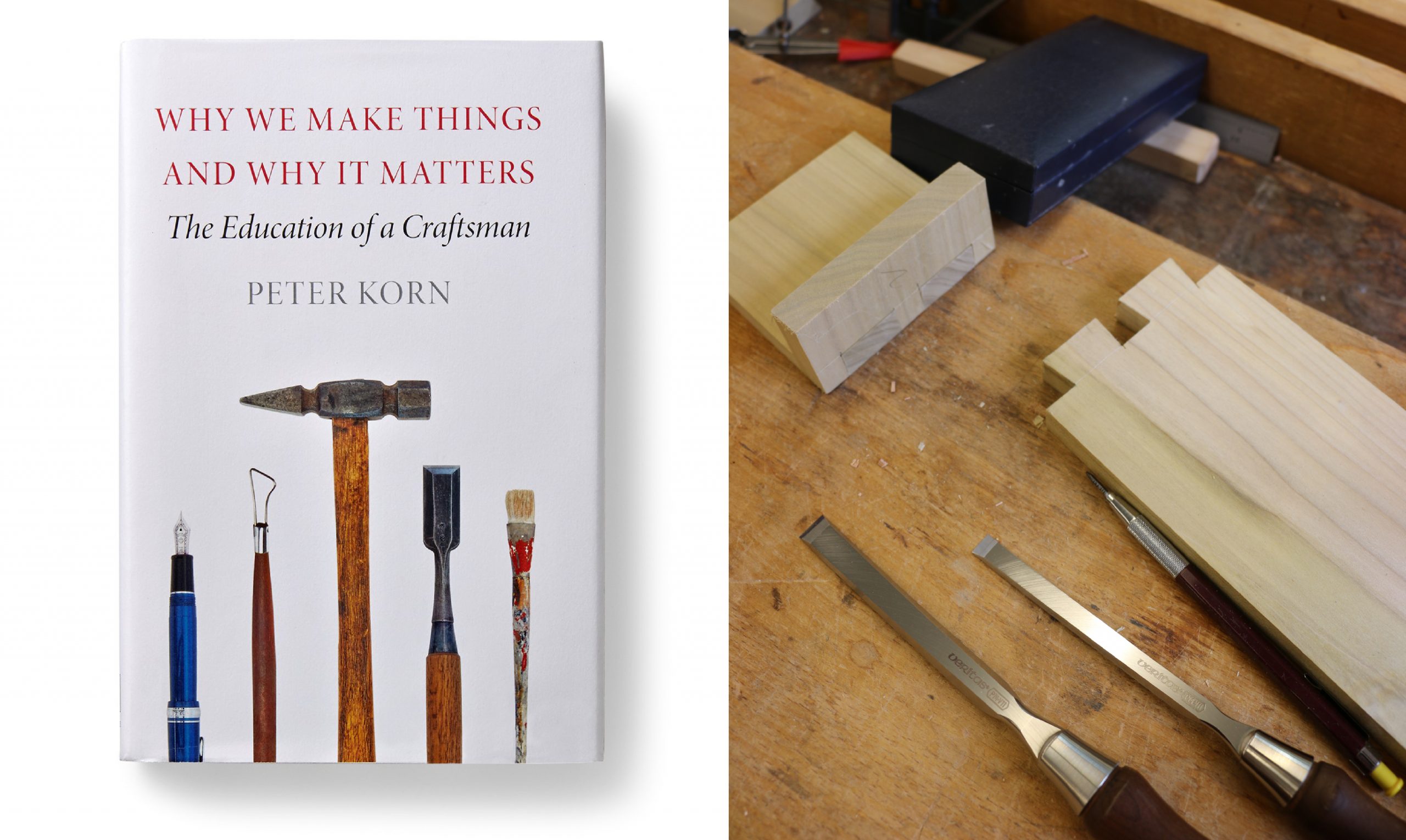 How did you find out about the Center for Furniture Craftsmanship?

I went into my favorite book shop and Peter’s book was there. I really gravitated to his idea of becoming someone new after creating something. 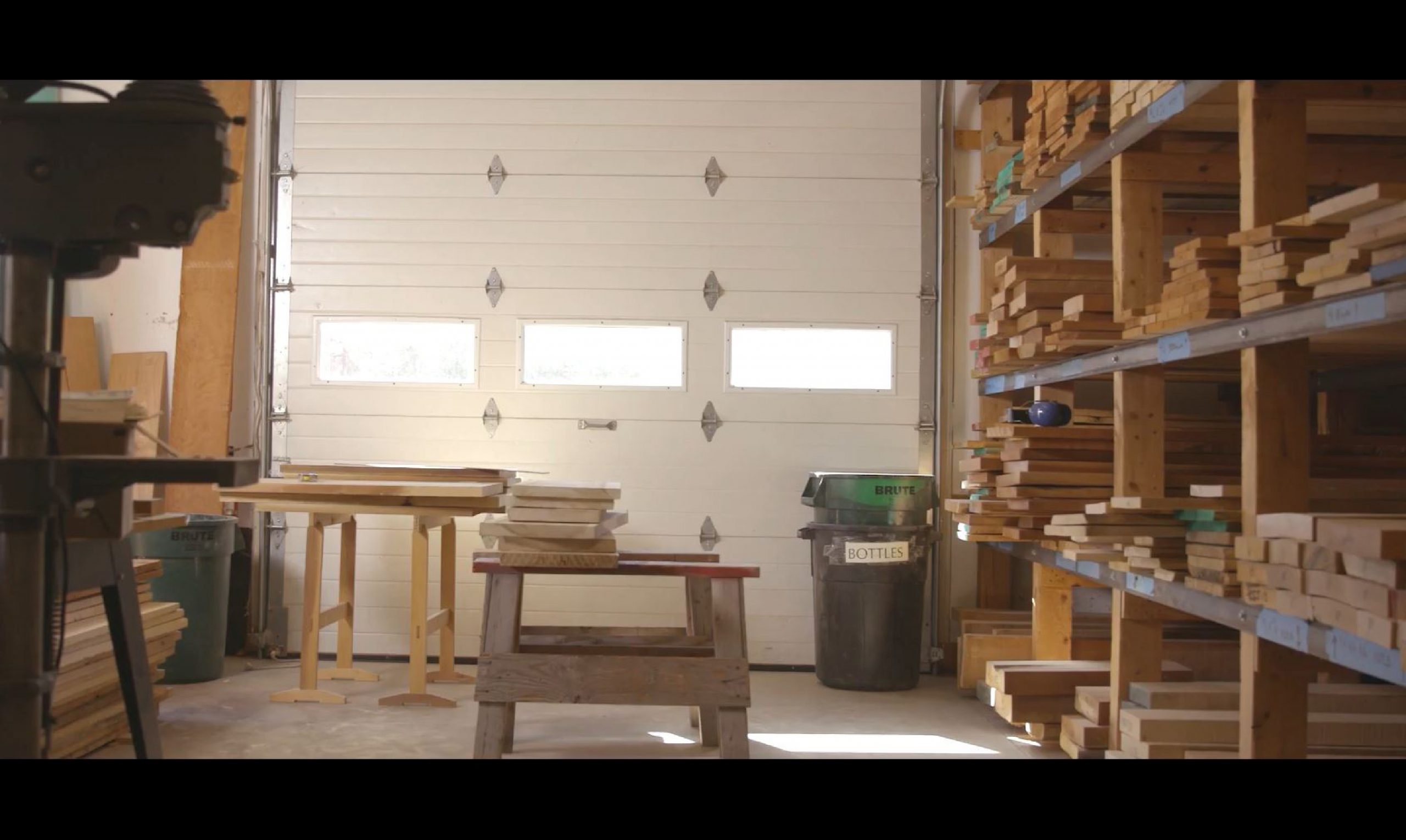 Image from A Life’s Work: Philosophy of a CraftsmanDid you have any expectations of CFC or Maine before you came?

I made a conscious effort not to look at the environment before I arrived, because I wanted it to be a surprise. Understanding what Peter was trying to achieve and actually seeing it face to face surpassed my expectations of the environment, of the friendliness and openness. Coming there I had a great feeling of peacefulness. 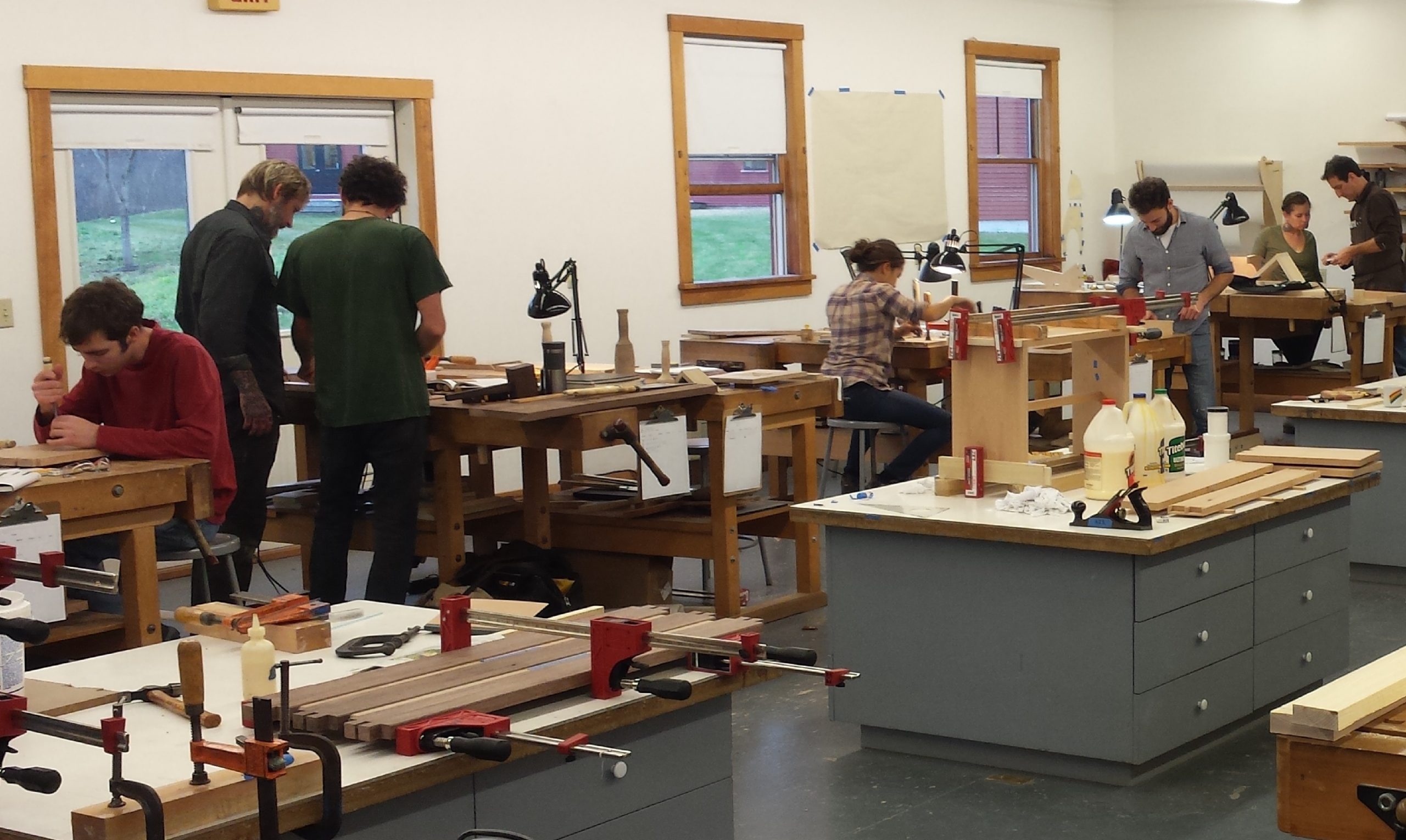 What is your impression of the school?

Even though it is quite a collaborate space and learning environment, it still felt like you could disappear in a corner and get lost for a few hours creating something. 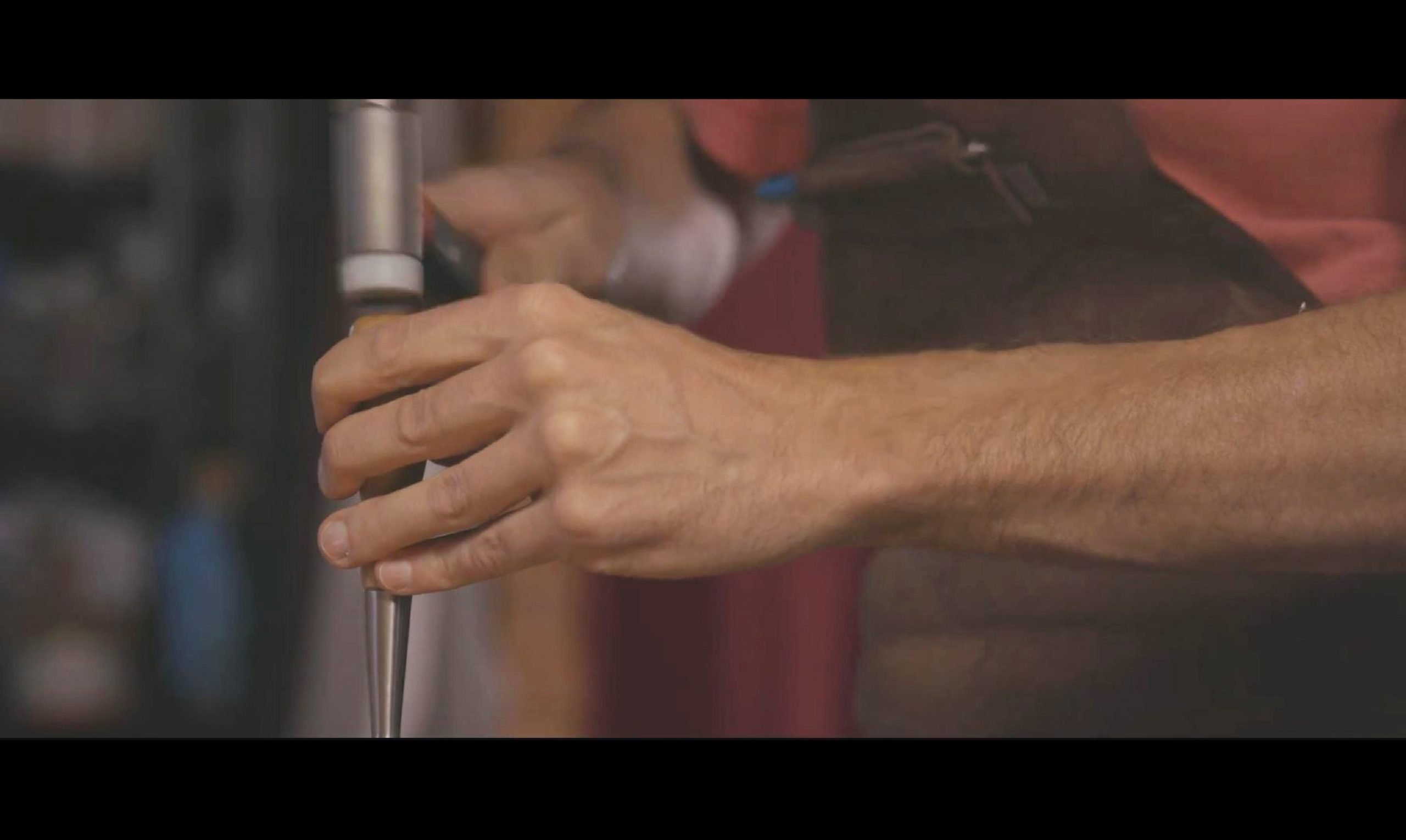 What was something you learned from the process of making the film?

The innate human thing that I felt is that you learn something about yourself every time you make something. I’ve read quite a lot on this subject and Peter really managed to capture exactly what is was; you start off as one person when you start a project, and then end as someone else when you finish. Isn’t that a beautiful philosophy? 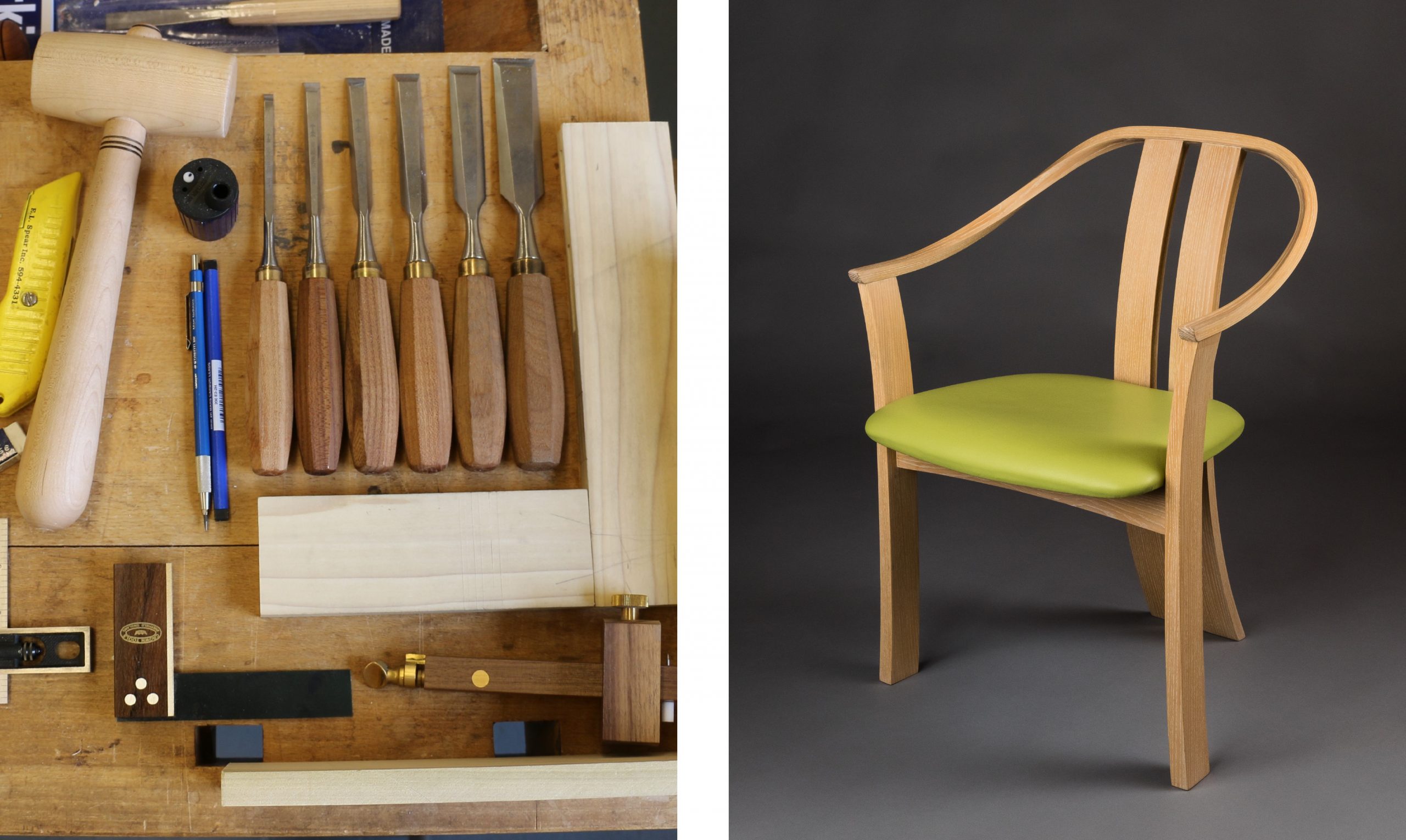 You’ve made multiple films about craft. How do you define craft?

Anyone in a creative field is a craftsman. I see that as a musician and as a filmmaker. The word craft fits synonymously across all those things. They are still crafts. You have to put in those 10,000 hours. You have to give that time, and where the joy comes in is when you start seeing what you envisioned. That’s a beautifully hard thing to achieve. 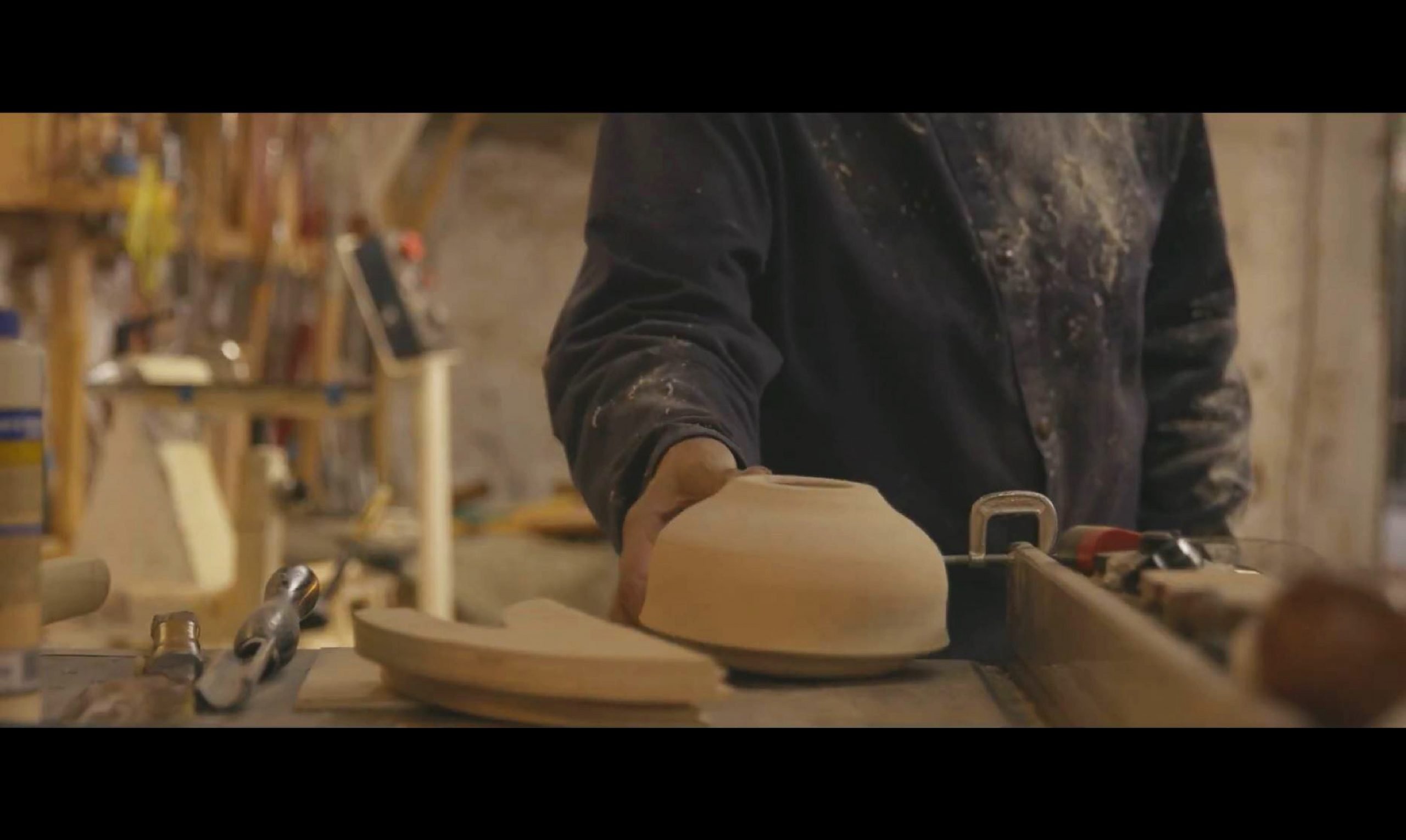 How do you blend craft and life?

There’s that passion, when I want to make something that doesn’t already have a label, that I’m making to learn something about myself. That’s what Peter taught me. Doing craft can be something so minimal, those little moments when, if it means something to you, it makes you happier and keeps your passion alive. 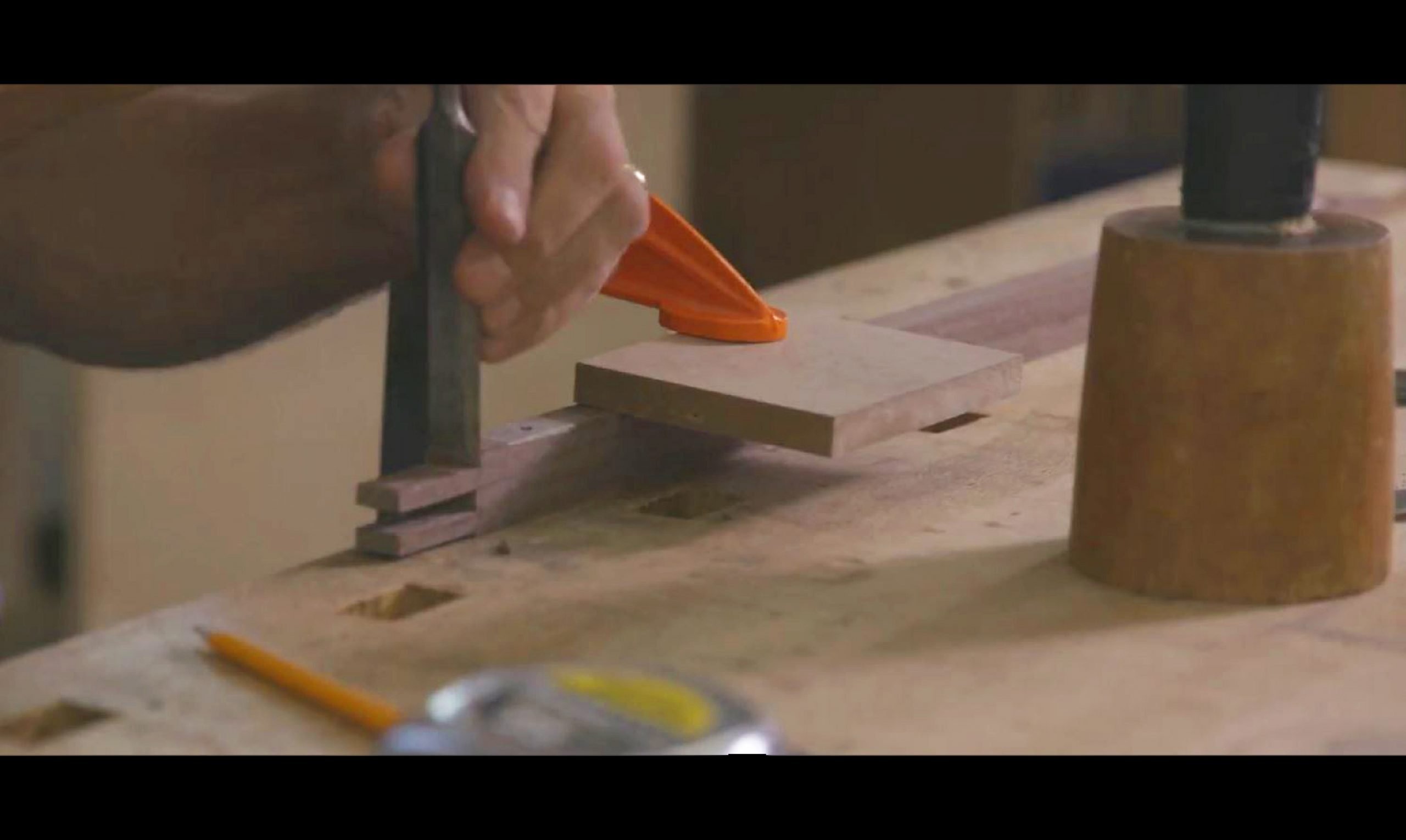 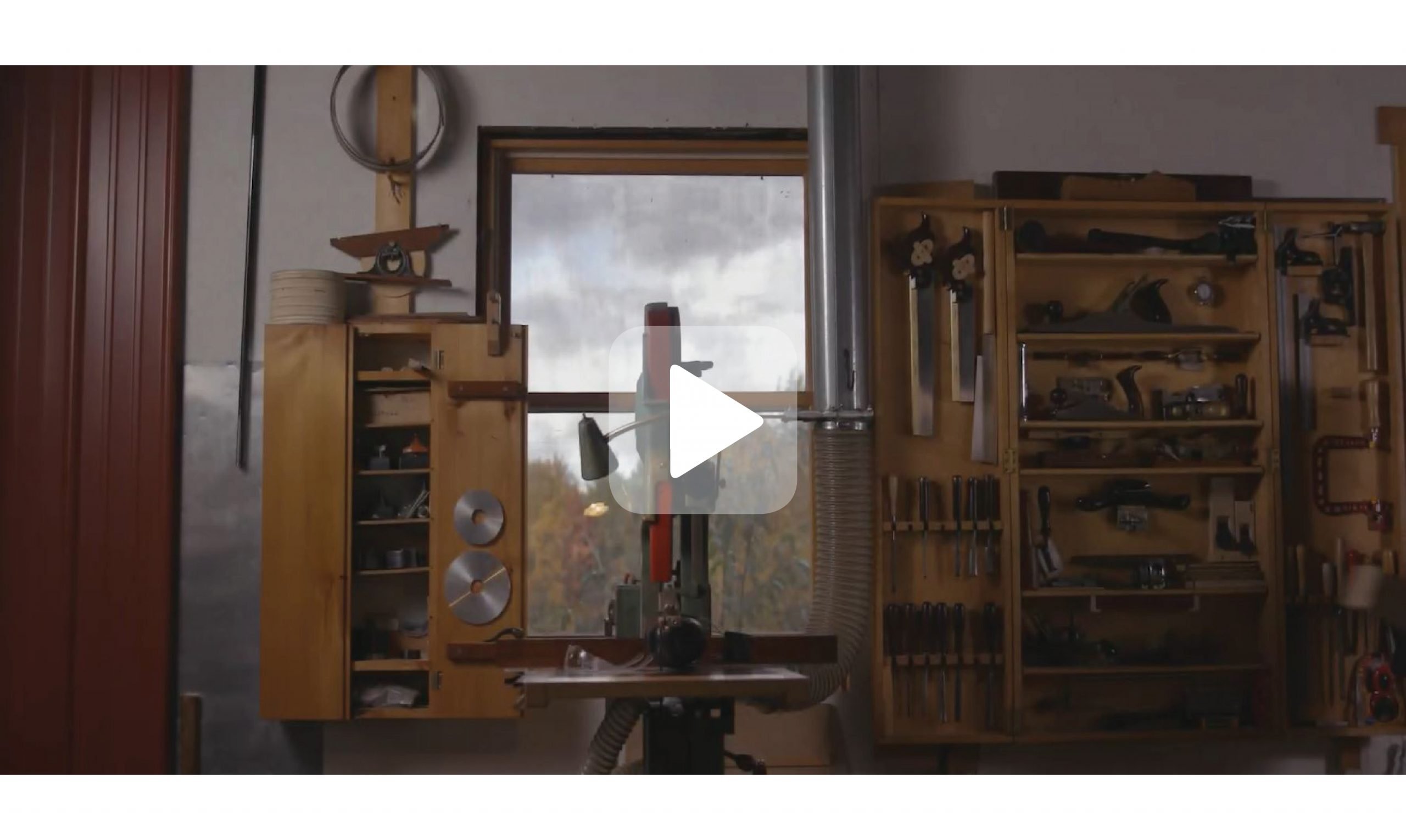 To view the documentary visit: A Life’s Work: The Philosphy of a Craftsman or click on image above.